They came to this place, some drawn to its rich farmland, others driven by adventure. They brought their way of life to the new world and settle here in this Missouri’s oldest town. The power of the Mississippi River shaped this land. French settlers came to live along its fertile banks in the 1740s. St. Genevieve thrived here, a vibrant river town rich with French culture. Today, St. Genevieve’s National Historic Landmark District is considered the finest collection of French colonial architecture in the hemisphere. 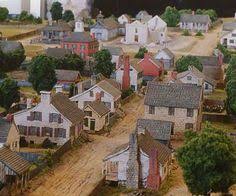 The perfect starting point for any tour of St. Genevieve is a visit to the Boldue House Museum. Constructed in the 1790s by a local merchant – Lewis Boldue, this exceptional French Creole home is a National Historic Landmark. The grounds are beautifully maintained with fresh gardens and a functioning herb cottage. In 2005, President Bush recognized the Boldue House Museum with a prestigious preserve America Award. 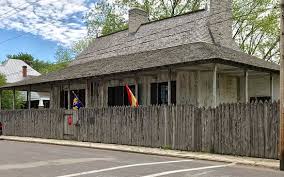 The interior of the Boldue House is furnished with authentic pieces from the French colonial era including some of Boldue’s original furniture. As visitors walk these floors, they observe life through the eyes of the settlers who came here over 200 years ago. It’s an experience that’s unique to this place. Contrasting with the massive frame of the Boldue House is the modest Boldue-LeMeilleur House. This charming 19th century home has been carefully restored and today serves as a visitor center and gift shop for the bull Duke house museum.

The Jean Baptiste Valle House, an 18th century French Creole home was built during Spanish control of the territory. Originally the residents of the region’s last colonial era commandants; this house was the town center of government for many years. The beautifully restored Vital Beauvais House is one of three Vital St. Gemme in St. Genevieve. Although not visible from the exterior, this unique French colonial home was built using vertical logs placed directly into the ground. 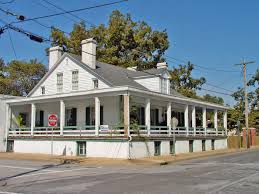 The Felix Valle State Historic Site erected in 1818 is operated by the Missouri Department of Natural Resources. Built of native limestone, its American Federal style contrasts with the older French colonial homes in town. Other unique structures are on the site, including a 19th century brick wash house. The interior living space reflects the wealthy lifestyle of the young couple who occupied this home.

Just across the street is the Shaw House, constructed in 1819 as a mercantile store house. Both homes are managed by the Department of Natural Resources and guided tours are offered year-round. The quaint St. Genevieve Museum located in the heart of town was erected in 1935 as part of the city’s bicentennial celebration. The museum has a varied collection of prehistoric Native American relics, memorabilia from the mid-19th century, and artifacts related to the history and development of St. Genevieve.

Towering over the historic district is the stunning St. Genevieve Catholic Church. Built on the same spot as the original Log Church of 1794, the vast interior of this Gothic church is beautifully adorned with details that range from the delegate to the dramatic. The Guibourd-Valle House, built in 1806 is one of St. Genevieve’s most elegant tour homes. Vibrant walled gardens provide a sanctuary for the home. Once inside, visitors are allowed unique access to its impressive attic.

Picturesque Memorial Cemetery is the burial site for St. Genevieve’s pioneers, a multicultural mix of both ordinary and prominent citizens. A recent restoration project has renewed the centuries-old monuments to their original state. Just outside of the main historic district is the Green Tree Tavern, one of the oldest structures in town. Built in 1790, it has also been used as a tobacco store and the first Masonic Lodge in Missouri. The Baguette Ribault House built in the early 19th century is another one of St. Genevieve’s rare Vital St. Gemme structures. The Home has a classic French Creole style with features like a hip roof and galleries or porches that surround the entire house.

The impressive Bauvais-Amoureaux House built in 1792 is another site managed by the Missouri Department of Natural Resources. This home offers visitors excellent views of its Vital St. Gemme construction. The Bauvais-Amoureaux House contains several exhibits related to the architectural history of St. Genevieve as well as an intricate diorama of the town as it was in 1832.

The town of St. Genevieve isn’t known just for its history, unique shops and excellent dining are located within the serene atmosphere of the historic district. St. Genevieve also has some of the most highly recommended bed and breakfasts in the Midwest. The rolling hills of St. Genevieve County are home to a number of distinctive wineries, making it a popular destination for wine enthusiasts. St. Genevieve is a community that celebrates its past and its present.