Visit St. Louis and frolic in the unique vibe of the Great Plains’ largest city. Baseball, bowling, beer, are some top attractions, but culture and history, much of it associated with the Mississippi River are an important part of the fabric. And there is also the iconic Gateway Arch that you have most likely seen in many pictures. Several music legends including Miles Davis, Tina Turner, Chuck Berry, and Scott Joplin, all started here and the variety of live music venues have helped to keep the flame burning. Here are the top things to do in St. Louis, Missouri.

This 192m long edifice soars over Downtown St. Louis and is easily the city’s most recognizable landmark. Finished in 1967 and constructed from stainless steel, it is America’s symbol of westward expansion offering visitors spectacular lights shows. Highlights at this place include a Visitors’ Center and you can take a tram to observation at the arch’s peak. The views from here are sublime. 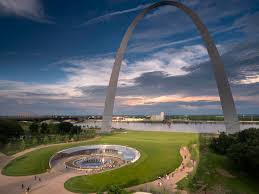 Founded in 1859, the Missouri Botanical Garden is also referred to as ‘Shaw’s Garden’. It occupies about 79 acres some miles west of the Downtown area of Botanical Heights. It is a great place to spend time, featuring a dome that was the first air-conditioned greenhouse and the Seiwa-en Garden. But there is more to explore, including arbors lined with roses, English woodland gardens, and mazes. 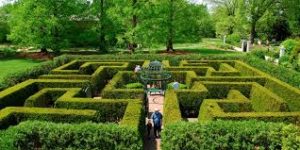 This premier family attraction is also located in the St. Louis Downtown area. Built after the World Fair of 1904, this zoo has a narrow-gauge steam railway navigating through attractions like the River Edge, Caribbean Cove (where you will encounter sharks and rays), the primates, penguins, and bears of The Wild.

Close to the Zoo, you will come across the Cathedral Basilica of St. Louis’s beautiful exterior. Completed in 1914, this Catholic Church was built to replace the older cathedral. Once you step inside, you are in for a treat with the Basilica’s incredible set of mosaics. Depicting historical and biblical scenes and partly designed by Tiffany, the mosaics stretch here to cover up to 7,700 sq.m, making it the world’s largest. 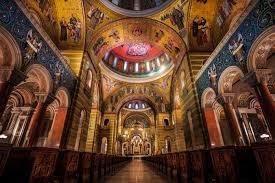 Located in the center of the city, this museum sounds like it should be a solemn collection of dinosaur bones and sculptures, but it is far from that. It’s actually a Downtown playground that is made from objects reclaimed from a shoe factory. Child-friendly, entertaining and wacky, the City Museum features a circus school, skateboard ramps, “Enchanted Caves”, pinball machines and vintage arcade games.